Have you just been diagnosed or realised that you are gluten allergic? Maybe you’re feeling exhilarated because daily life suddenly became less painful? If you’re experiencing that awesome relief of not having a chronic inflammation making you feel constantly tired and irritable, and you’re now recovering day by day, you may already be asking yourself:
I’m gluten allergic and I love eating great food – what do I do now?

Read on for a primer to going gluten free.

Some years ago I was diagnosed with lactose intolerance. Even though this didn’t have a huge impact on my cooking or eating, removing the dairy definitely made me feel better. I wasn’t crazily lactose sensitive and could cope with smaller amounts of lactose without any discomfort. In contrast realising I was also allergic to gluten was a huge change. The minor detail of not being able to process lactose properly took a very distant backseat to a chronically inflamed intestine, stomach cramps and constant low energy. Removing the gluten from my diet effectively ended over a decade of stomach trouble. But it also seriously disrupted my eating habits. Sound familiar? 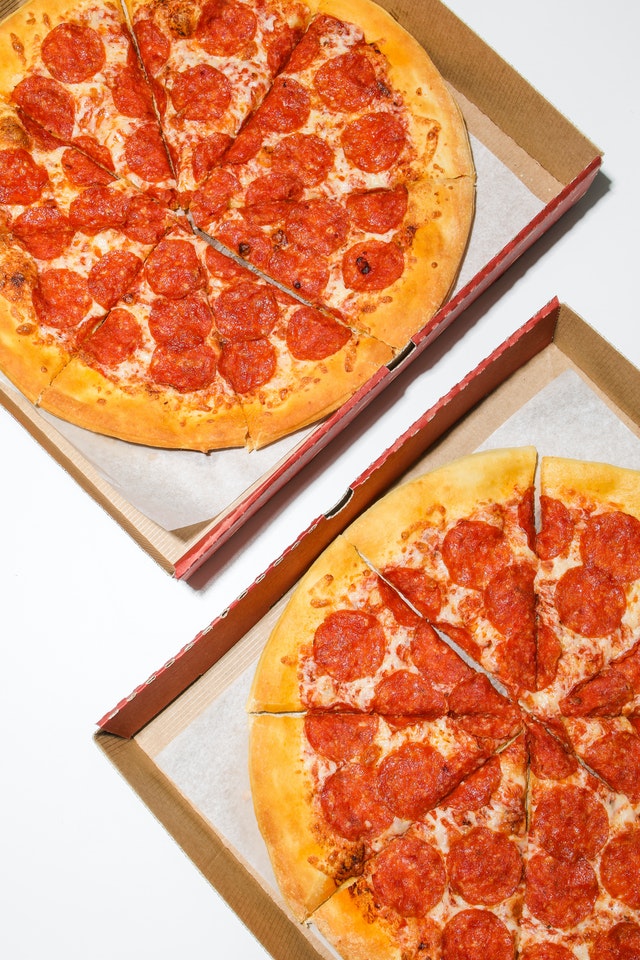 Like many allergic to gluten, who were not diagnosed as kids but rather as adults, I realised pretty much everything I loved to eat contained gluten. Bread? Delicious? Doughy, soft, elastic? Because of gluten. A lot of processed food contains gluten. All the carbs I tended to load up on before or after working out… My dessert obsession. All of it full of gluten. Indulging in NYC one dollar pizza slices at least once a year. Death by gluten. Crap. It also explained why I’d never really enjoyed beer – a fact that both myself and people around me had erroneously attributed to me being a stuck up snob, something which now could obviously be completely laid to rest and refuted.

For a couple of months, I was incredibly relieved about not feeling shit all the time. Having a bad gluten allergy makes you feel like you have an permanent inflammation or infection in your body. It can make you feel constantly tired. So when I dropped the gluten from my diet I suddenly started enjoying having a lot more energy, but I also had to come to terms with the fact that eating, as I knew it, was over.

At this time I think I did what most people do in the same circumstances:
I started trying gluten free products from the super markets.

gluten free products – to eat or not to eat

To be realistic there are several challenges to the business side of gluten free products.
The market, though slightly expansive due to a general interest in gluten free diets, is small. The companies operating in the segment are most commonly operating in the allergy segment of food or they are businesses completely dedicated to producing and selling gluten free food. Or, in the rarer cases, they are a regular operators that make some products that, with very little changes, can be made gluten free. Also excluding gluten to gain more of the total addressable market makes  a lot of sense. That is if the product can be produced as cheap and it doesn’t significantly disrupt the supply chain or production, it’s a pretty good idea for even just a small increase in market share that might be really hard to grow organically. So not excluding people with gluten allergies can probably make perfect sense if the circumstances are right.

The nature of gluten allergy or celiac disease means that its just not a case of using less gluten because most who are allergic will react to quite small amounts of gluten. That means that any production process used for products containing gluten can’t and won’t be used for products made to be gluten free. Practical example is that a product that is made without any ingredients containing gluten but sharing the same ventilation system as a production process containing gluten could be labeled with a gluten warning – since it may have been contaminated through the common ventilation system even though none of the explicit ingredients of the product contains gluten.

An example with an analogy from the vegetarian world would be the difference between soy meat and Tzay. The soy meat substitutes regular beef, chicken or pork while the Tzay, while meaty and protein rich, is a really nice new protein alternative in its own right but its not a direct beef, pork or poultry substitute. And I would generally argue the alternative products are far better than the products trying to masquerade as some already existing food. The substitutes, at best, being pale copies since they’re constricted having to be designed similarly to what they substitute. Instead of   like the alternatives being designed primarily to be a desirable and great product in its own right. Simply put: if you don’t have to, there are no great incentives to buy and eat gluten free products – the products they substitute will with little exception to no be superior to the substitutes.

Lost in the Supermarket

My first ever gluten free shopping run was executed with my business partner as moral support (thanks man!) I remember picking up a pack of gluten free tortillas, handing them to my business partner for inspection. The reaction was immediate and telling: incredulous laughter.
The tortillas were not only packaged in crinkly NASA inspired semi-metallic foil, but the tortillas were also about as soft and pliable as tar paper. The very real prospect of a lifetime of eating tacos made of something you could easily use as a military grade frisbee, started making stomach cramps look like a viable, if not to say plausible, option. 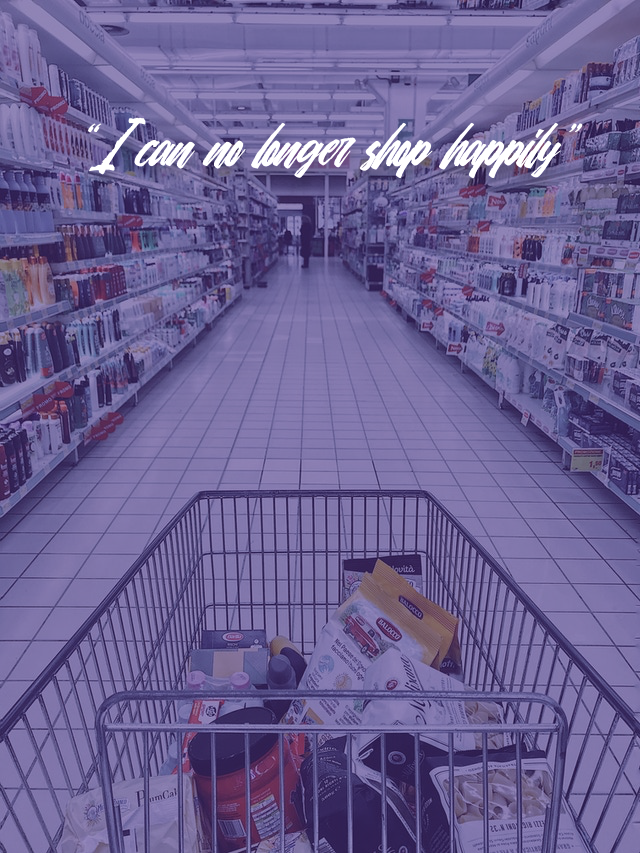 The Mark of the Gluten Free

By the intermediate stage of your gluten free journey your experiences with substitute products may start triggering an aversion to specialty gluten free sections in your grocery store. You may just go into spontaneous episodes of Tourettes whenever you hear someone saying they promote a gluten free diet for health reasons (ie they’re currently following some gluten free trend that will soon be replaced by inhaling sloths blood or whatever else happens to pop up in their Instagram feed). You may like me start to react with dread and apprehension whenever you see the “gluten free” symbol on a product – a symbol I think of as the Gluten Swastika. 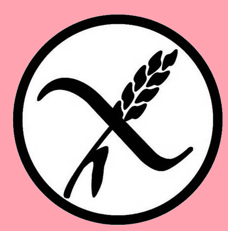 If you haven’t reached this point in your journey to going gluten clear you can be sure you will. So as someone with celiac disease what are your options besides the substitute route?

Restaurants and dining out

Like most people I enjoy eating at a good restaurant or having dinner at a friends place. As a gluten allergic person there are some complications to overcome: people who aren’t gluten allergic or haven’t been taught about the condition might think that you’re “just sensitive to wheat and stuff”. And its not that strange for people to be ignorant about something that doesn’t really affect them. On top of that you don’t really want to be a huge pain in the ass to your friends and school them in how to not cross contaminate food when cooking or the pitfalls of products you’d never think would be a problem. And if you aren’t gluten allergic you obviously haven’t adapted the contents of cupboards, pantries and fridges the way someone who intimately knows the pain and catastrophic discomfort eating the wrong stuff has. This means you have to be slightly wary and be prepared to skip or eat very little of anything that might be risky.

When it comes to eating at a restaurant you need to realise that no restaurant kitchen really wants to adjust what they are serving so you can eat it. Menus have been designed carefully for taste and efficiency. And kitchens are intense and stressful places where magic is created. So doing a special lane for just you just isn’t that high on the agenda. This goes for people who have other wishes than bloody, rare and medium rare too. If you don’t want dressing on your cesar salad or in general think that you have a better idea on how items on the menu should be served, perhaps you should go to a McDonalds.
Sidenote: I don’t know if this is exclusive for American service culture but I haven’t encountered it anywhere else in the world. The habit of making convoluted complex orders of skipping, adding and substituting, something I perceive as an absolutely déclassé and disgusting habit. It certainly doesn’t make you discerning – but it does make you look like an adult picky child.

There is hope though. While I don’t recommend you asking for a dish to be adjusted so you can eat it, it should be completely fine to ask what is OK for a gluten allergic to eat on the menu. Or ask about a specific item on the menu. A good service should inform you of whats safe and what items might be safe but could be cross contaminated (ie try at your own peril). Some rules I use is if the service seems sketchy on anything when you ask about something, avoid it.

One of the less reassuring things that does happen is when the service or restaurant in general use the word “gluten” in ways that are less than appropriate, thereby not exactly signalling a complete understanding of the customer. I’ve had servers say “ah… ok, you’re gluten”, of course this being their shorthand for me being gluten allergic. However when the stakes are as high as stomach cramps and feeling ill for a few days you just don’t want that ambiguity around when ordering. I once saw a copy of an order with the text “*Gluten*” beside the stuff I’d ordered. At that point I sort of hoped I hadn’t just asked for a meal with an extra serving of gluten. Imagine how you would feel if you happened to see the kitchen order and on the row with your soup order you would see “poisonous shit” beside your “asparagus soup”. You’d probably feel a bit ambiguous about that wouldn’t you?

Another good rule is to not take any chances if you sense there is any language barrier as you make your order. And most of the times you can order meat or fish with no carbohydrates if push comes to shove.

So while I can’t imagine the substitute gluten free food stuff to be a permanent strategy for your gluten free needs,  exclusively going out to eat at restaurants that make good gluten food seems a bit unrealistic too. Constantly eating at restaurants could be both expensive and quite unhealthy. And if you have family: what about that hallowed time at the kitchen table trying to get your kids to tell you about their day as they just want to get in front of their iPads and video games? And what about the larger family gatherings of passive aggressive, tin foil headgear wearing relatives and the awkward political conversations starting with “what about…”? We can’t do without that now can we?

So having survived the intitial phase of going gluten free you obviously need far more effective strategies than the ones described above. For two ironclad, awesome strategies, and dare I say it, a permanent solution AND some pancakes, read the second instalment of Life Without Gluten: Reaching a Plateau & Building a Rocket Ship (also Pancakes)! which will be out next week! 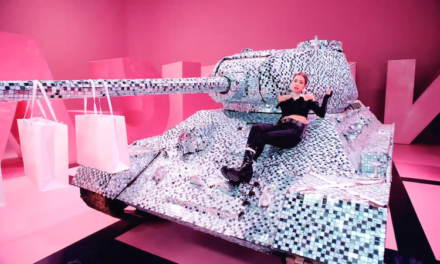