I used to hate burpees, that is until i found the right song to motivate me. An upbeat Kpop production called “Deep blue eyes”. A song that had randomly found its way onto one of my playlists. The song was performed by the “Girls Next Door”, a mysterious girl group that was new to me. Watching the “Deep Blue Eyes” video on Youtube I realised it was a collaboration between several artists, a few of which I was familiar with. The song had been made to promote the variety show “Idol Operations Team” which in turn was a promotion and kind of behinds-the-scenes series about the web drama “Let’s only walk the Flower Road” that was written in an autobiographical style by the idol participants of Idol Drama Operations Team. Complicated? You bet! Kpop doesn’t become more meta than this…

The premise of the show is 7 artists getting together to write a script for a drama, which later is titled, “Let’s only Walk the Flower Road”, a story playing out in the world of Kpop from the perspective of 7 girl group trainees. The participants come from varying levels of success and circumstances: Seulgi from Red Velvet one of the three most successful current girl groups in South Korea and Moonbyul the rapper and singer from the successful Mamamoo represent experienced and established artists 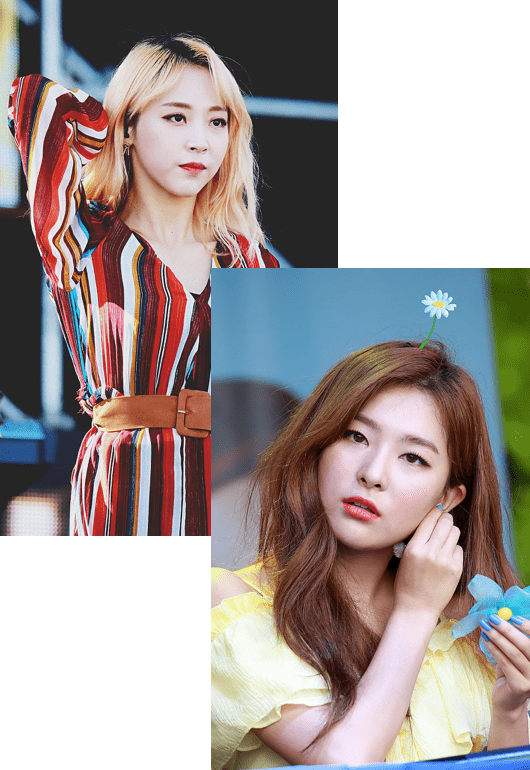 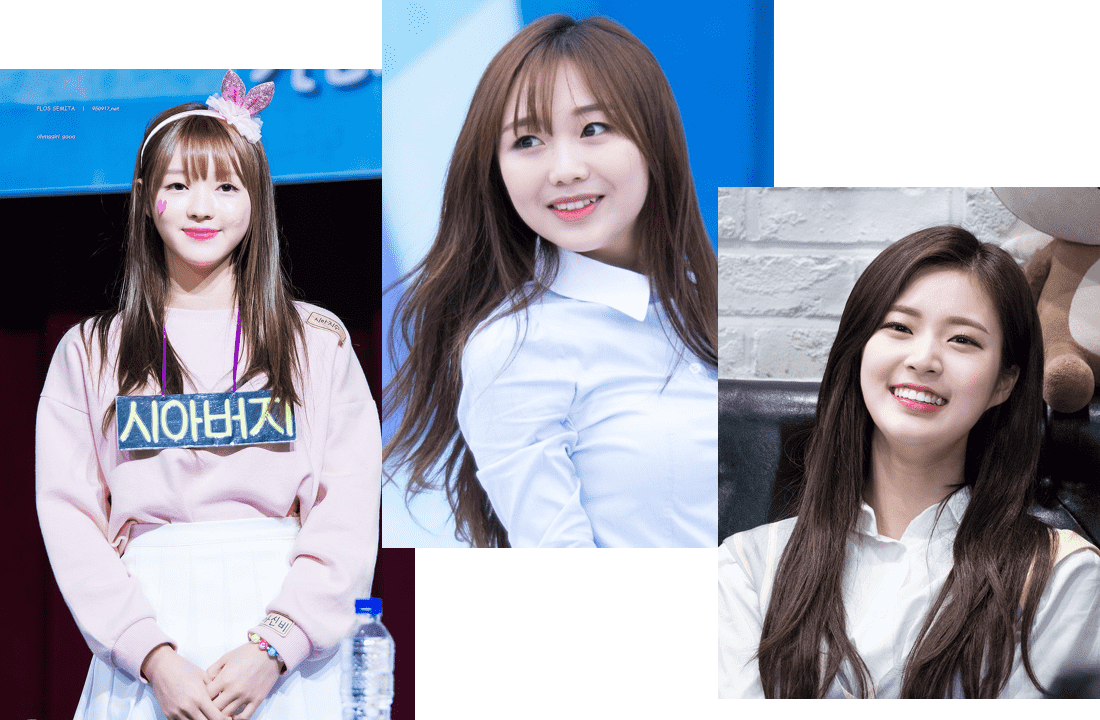 Yooa and Sujeong from Oh My Girl and Lovelyz respectively being in the mid range of success, with their groups having had several successful releases, to D.ana the rapper from relatively unknown and struggling (but highly enjoyable) Sonamoo. These five idols represent common career arcs of girlgroup members in Kpop.

Meanwhile Somi has been part of two survival shows where trainees were fighting for a place in girl groups: Seventeen, which was part of forming hugely successful Twice in which Somi just missed out being selected for the group and then Produce 101 where Somi was the most popular participant and went on to be the centre of resulting temporary girl group IOI. Somi during the production of Idol Drama Operation Team had a far from clear future – while popular and successful, IOI was disbanded and fans were speculating that Somi might be too strong a character to be part of a debuting girl group. 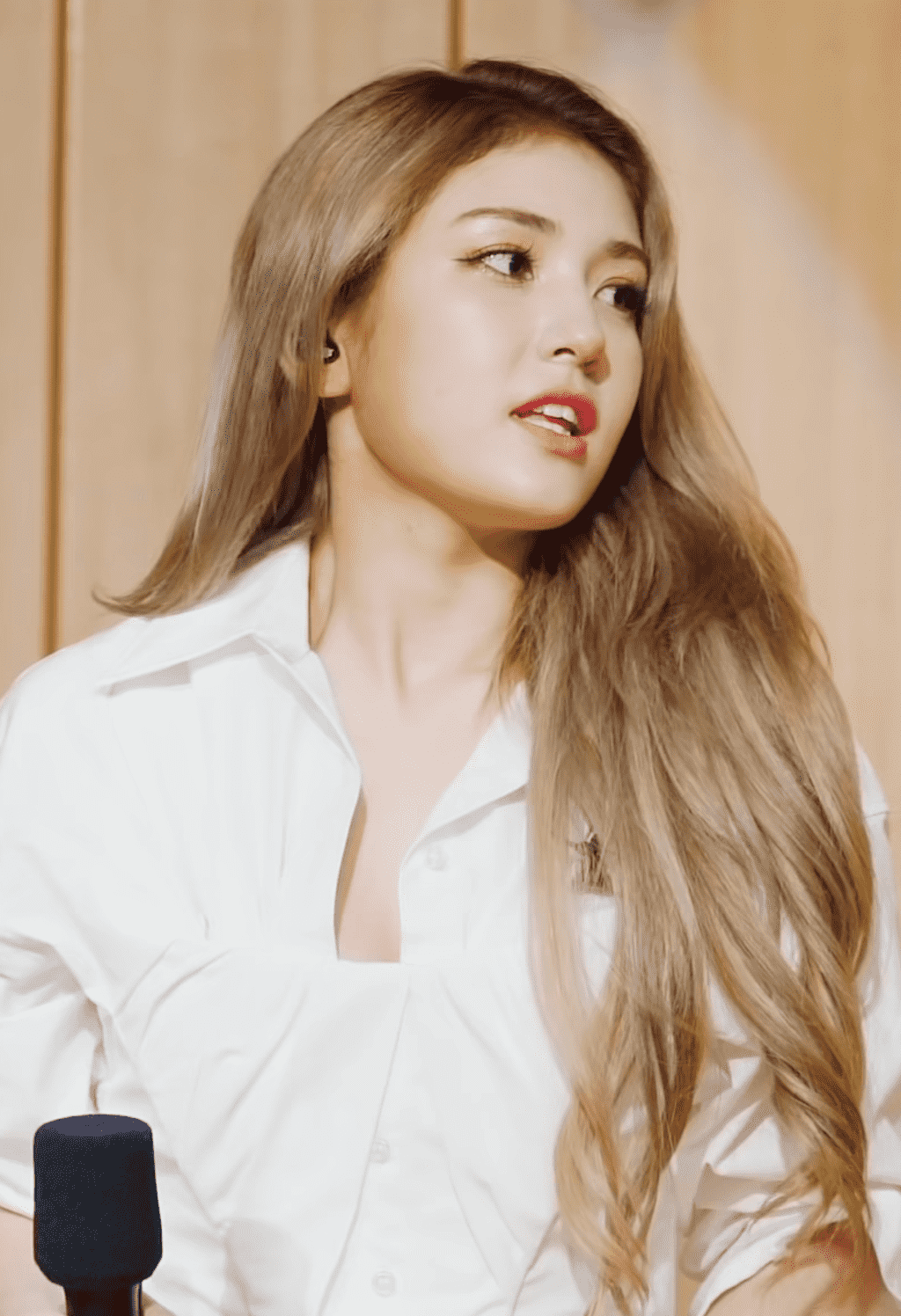 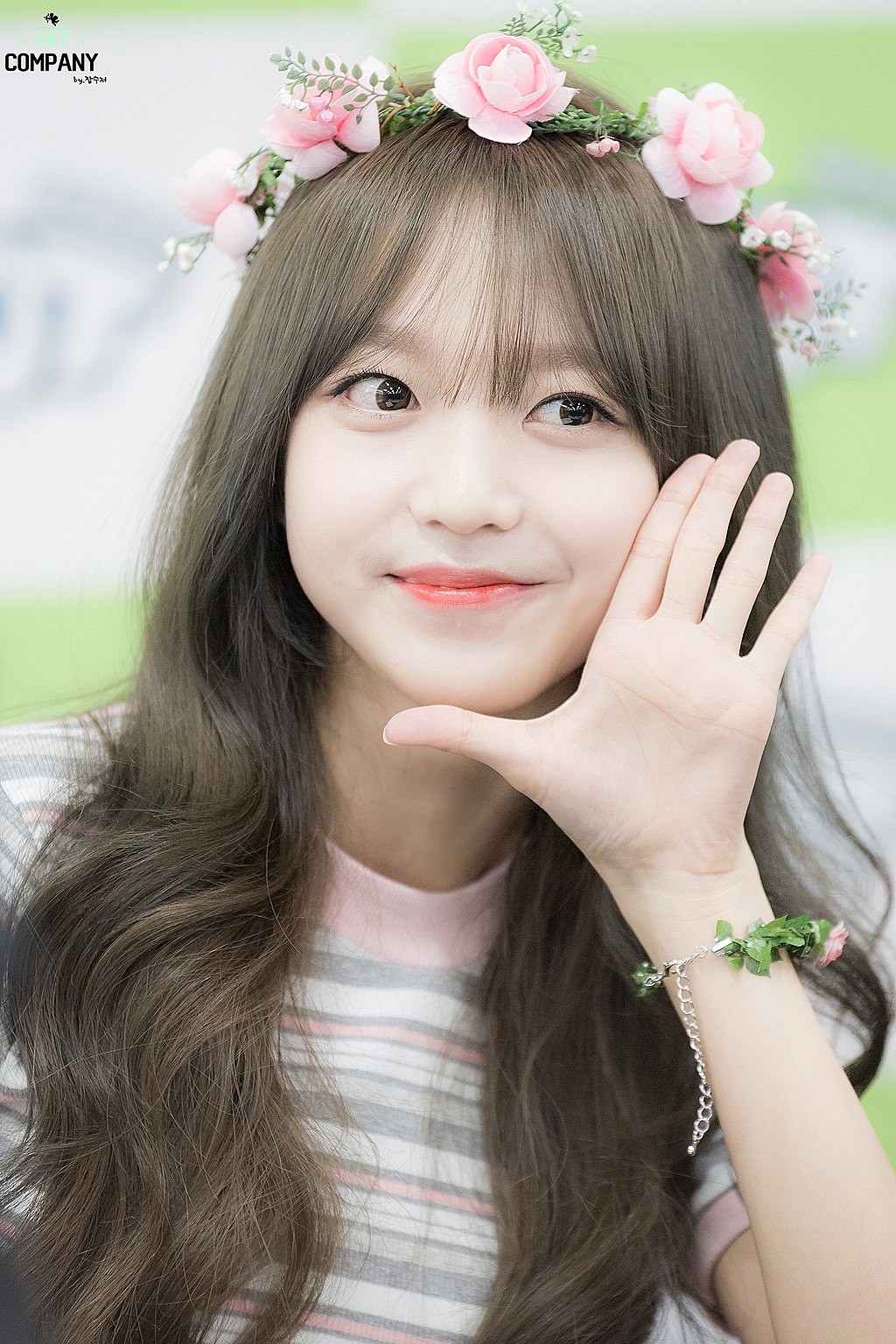 The final member is Kim So-Hee who, like Somi, also participated in Produce 101 but missed out on being a member of IOI by placing at #15 in the overall competition (which still means she was a very popular contestant). So-hee and Chaekyung both participants from Produce 101 then in 2016 during the aftermath of Produce 101, joined CIVA, a girl group forming temporarily as part of the mockumentary The God of Music 2.

So-hee then joined another temporary girlgroup formed from five runners up (also including Chaekyung, who is now a member of April) from Produce 101 managed by Loen Entertainment. IBI only lived to the end of 2016 and debuted, released a single and recorded their own variety show during their short lifetime. As IBI was disbanded So-Hee had by now participated in one survival show and debuted in two different so-called project group, ie groups with a pre-defined timeline to disbandment.

The whole production is interestingly meta with the documentary Idol Drama Operations Teams in a variety format and the resulting web drama/comedy “Let’s only Walk the Flower Road” as the result. The cast gets together, writes an autobiographical story based on their experiences in the Kpop industry, then gets to act it as the fictional girl group “Girls next door” with a slew of Korean drama actors and celebs doing cameos.

The Idol Drama Operations Team part is also interesting because of some of the “behind the scenes” insights you get of the Kpop business: how things work, how the artists train and all the personal anecdotes the participants share. Stories of sneaking food, being chewed out by management and cellphone restrictions. The stories go from entertaining to disturbing. Basically tidbits of information and insights most fans would find interesting.

Writing the Script of “Let’s only Walk the Flower Road

The intro of the show consists of the participants auditioning in front of a team of casting agents. Though music performers skilled in singing and dancing and being idols some of the participants show a remarkable affinity for acting. A big part of the initial part of the series is also the various participants getting together to come up with the premise of the show they are going to write the script for. And then writing parts of the script individually, a process that is completely unknown to the participants who, though they are skilled performers really struggle with creative writing. Of course being high performing individuals in the idol business the artists approach the challenge with deadly diligence.

What to write about?

All hope is not lost though: all the members have intimate knowledge of the life of a trainee in Kpop and use their own experiences as the backdrop and focus of their stories. The stories range from funny anecdotes of sneaking food into their dorms and practice rooms (with the dietary restrictions often imposed on trainees and idols being the less charming parts of these stories) to the longing for debuting and all the complications on the road to being launched in their respective idol groups to the heartbreaking separation from friends and family that is part and parcel of both trainee and debuted idol life. But not being completely left to their own devices Idol Drama Operations Team are also supported by a professional script writer and the part when they are presented with the finished script containing their individual contributions is quite charming.

The whole teaching style of Jang Won-young is also very enjoyable as his honest and direct instructions is contrasted with pupils who for many years have been drilled and trained to please fans and public. The fairly serious and sober Jang Won-young later returns to plays the role of crazy manager in “Let’s Only Walk the Flower Road”. 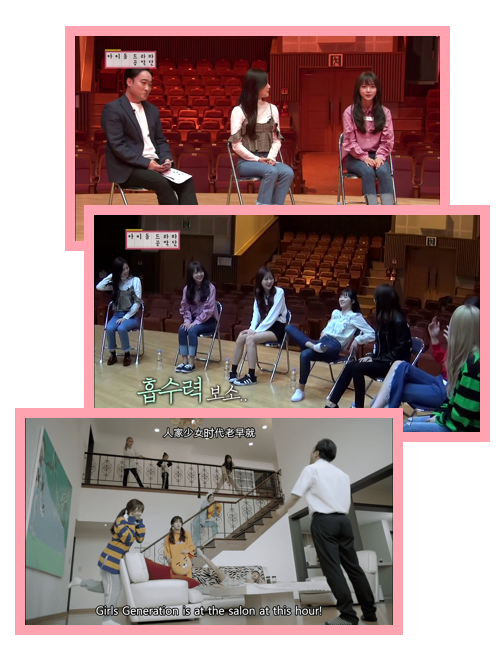 Another enjoyable part is seeing the idols swimming in familiar waters as they record the song that their alter egos in the script are going to perform. The song is written by whiz kid producer Jinyoung who is also a member of the boygroup B1A4. Jinyoung shows his producing skills coaching the Idol Operators performance. Several funny moments ensue as the participants really can shine in what they are experts in. As soon as Sujeong, the lead vocalist of Lovelyz enters the vocal recording booth, the producer and the rest of the team start feeling confident.

The group is equipped with powerhouse vocals with interesting vocal colours as well as technically powerful singing in Sujeong, l, So-hee (great soloist and now main vocalist and top gun in girl group Nature), Seulgi who, while known for being one of the best dancers on the current Kpop scene, also has a great voice combined with the excellent technique that is expected from a SM Entertainment trained idol. The vocal honey and pyrotechnics is complemented by two very competent rappers with distinct styles represented by the swag of the girl crush icon Moonbyul of Mamamoo and the laid back flow of D’ana, who, when she gets in the booth, much like when she gets on a stage, loses her almost pathological shyness.

All of this sounds a bit complicated – is it Any Good then?

The scriptwriting and acting lessons of Idol Drama Operations Team results in the short and shallow romp of Let’s only Walk the Flower Road, detailing the trials and challenges of the Kpop girl group Girls Next Door. Containing various anecdotes and the ups and downs of a struggling girl group intent to make it on a market full of groups that are just as intent on making it.

What stays with me after having watched all of both of the shows are all the sad stories. The obvious ways that these talented individuals struggle and how different their realities are based on what auditions they’ve succeeded in and what agency subsequently has taken them in.

The confidence from Seulgi and Moonbyul being seniors from two successful groups and supported by their fairly heavy companies (SM entertainment and RBW respectively – out of which RBW might not be the media conglomerate that SM is but still consists of a team of connected veteran execs originally from a larger company).

The contrast of So-hee and Somi, who during the recording of IDOT are in between gigs – their debuts stalled for various reasons, not knowing what their next step will be. One of the themes in the story being how hard it is to, having already adapted and meshed with a group of people, then being forced into the prospect of needing to go through that process again.

And the pound of flesh these artists have sacrificed – youth, school, friends and family is a high cost.
Sometimes I imagine the ditches around the highways of Seoul smoking like funeral pyres piled high with the mangled dreams of young people going for it in any way they can in the super competitive Kpop business. Or maybe it’s just smog.

In one of the last scenes of Lets only Walk the Flower Road, the group finally gets to perform in front of an audience – only to have the backing music cut out due to a technical mishap. The group starts singing a cappella and the camera fades. Later you understand that the performance goes viral, a starting point to their trajectory to fame. At this point it’s a toss up whether to smile or feel sad. And while the acting at times is bad, and Lets only Walk the Flower Road is loaded with cringe-inducing moments and some of the characters are shallow, actually having the dual perspectives of both the docudrama Idol Drama Operation Team and Let’s Only Walk the Flower Road makes both experiences better than they they would be stand alone.

So regardless if you decide to watch Idol Drama Operation Team and Let’s only Walk the Flower Road for comic relief or for the “behind the scenes” stories, the shows are touching, sometimes funny and worth seeing as long as you watch them both. 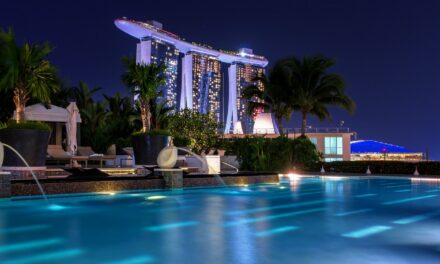 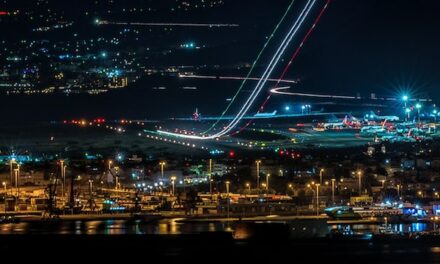