What’s up with scandinavia?

Scandinavia or the Nordics consists of a few comparatively small countries. With a mixed history of medieval trade unions, cigars, mermaids and the delicious sandwich making tradition of Smörrebröd, Denmark, out the Nordic Countries, has by far the film making pedigree. Despite its relative size Denmark has historically managed to punch way above its weight with the likes of Lars von Trier, Bille August and Nicolas Winding Refn (of Drive fame) at the forefront.

Norway having been largely inhabited by Elks and fantasy LARP:ers until big oil was found some decades ago and the country consequently started to develop into an affluent civilisation of Skiiing and Tesla driving humans, but has historically speaking not made waves in the creative disciplines.

Sweden on the other hand, the largest country and economy in the Nordics, with a population of 10 mil, is still way too small to put out anything worth watching with any consistency. Exports like the Skarsgård family & Friends and some intellectual properties like “the Girl who did something or other”, have had some traction internationally. Yet Sweden as a whole is a sad affair of a too small ecosystem with the same actors, having been taught in the same schools and having acted on the same stages being the main fare of Swedish media. Basically it’s a small pond and the ducks are inbred.

So if the previous description of the region paints a pretty bleak picture, especially of Sweden and Norway, there are some examples that just breaks the mold.

One of these is SKAM, a Norwegian production that since its release in 2015 has had 4 seasons with the last concluding the series and ending in 2017. After its initial release SKAM skyrocketed to fame, both in the Nordic region and the rest of the world. SKAM had a very different format to traditional serialised formats, launched as a web drama, with drips of content being published online with the narrative following real time. Clip and screenshots of messages would be published, all seemingly in real-time with a feeling of the story evolving as you got access to it.

Each Friday all of the content would be cut into a kind of summary and later this would be adapted for television and airing on the state broadcasting network in a traditional series episode format. The initial target demography was Norwegian teen girls – a fairly minimal cohort of viewers. But during the initial release something happened. SKAM broke record after record in Norway and rapidly grew to enormous popularity in Sweden netting 25 mil streams on the Swedish state streaming service up until 2017. The content also started spiking in wildly different regions like Brazil and China.

where joy should reign… these skies restrain

SKAM tells the story of teenagers going to the Hartvig school in the capitol of Norway, Oslo. It depicts a group of friends and follows their life focusing on one person each season and telling the story from the perspective of this person. The cast is excellent and the express motivation behind the show was to create relatable characters that would enable teenagers to understand their highly pressured lives and social interactions. Creating a kind of 360 scope of perspectives on any given situation. SKAM being developed and funded by the NRK, the Norwegian state national broadcasting company, explains a lot about the creators ability to take the risks to develop a new format. NRK is tax funded and like most Nordic equivalent is focused on public service and isn’t evaluated on profit metrics.

The format developed was highly innovative with the creators connected with their audience 24/7 through the comments on the SKAM site and traditional web analytics, enabling them to continuously adapt the production even though the plots were written ahead of each season. As the SKAM series quickly picked up interest in Norway, NRK, asked for the series to be adapted for linear television. This was accepted by the producers with the caveat that the episode length wasn’t known until it basically came out of editing – meaning the show aired with whatever duration was edited within just a few hours of the final edits being made.

The teens in the story live in the Oslo Capitol area, a particularly affluent and enabled part of Norway, though all of Norway has a relative affluence due to the large oil production and oil reserves with its huge values being conserved in the Norwegian state “Oil Fund”. Contemporary Norway has gone through rapid modernisation and a furious race to use the oil wealth to create long time sustainable new sectors of the economy taking the country from relative poverty compared to their neighbours to its current state in just a couple of decades. 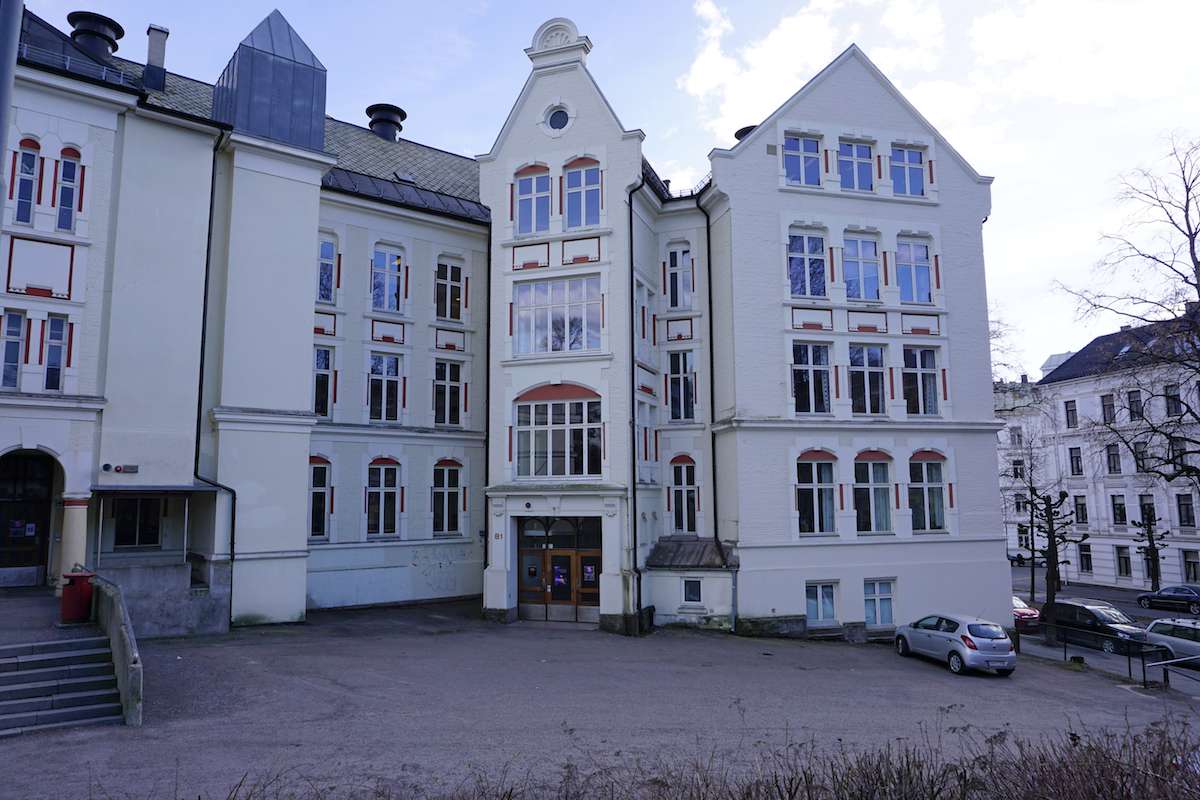 Some of this is reflected in the cinematography of SKAM using a Nordic colour palette as well as lighting with it’s elegant light slightly colour drained photography communicating the seasonal feel of the Nordics as well as making the characters and their interactions the real focus at all times.

You may find the settings different, Norway does have some similarities to its Nordic neighbours but cultural differences are larger than you might initially think, both demographics, cultural geography and economics are quite different across the region. If anything is common across the region it would be that the countries are fairly progressive, secular and social democratic. I could elaborate on the entertainment value of the show and of how genuine it feels. However if you haven’t watched SKAM, regardless of your age, I recommend you give it a go – chances are you’ll really like it and will experience something interesting, touching and genuine.

In the North the Lightning Strikes Twice… Young Royals

Having initially not given the series a chance, largely because it is Swedish, and I generally don’t like Swedish film or series productions having grown up watching a lot of them, but also because the name put me off. However having run out of options for stuff to run in the background either when working on my day job during the evenings or writing or editing stuff for this site, I decided to give Young Royals a try, initially by gingerly dipping my toes in by watching the trailer on Netflix. Watching the trailer, half expecting to react to it like Jordan Belfort reacting on vintage quaaludes, my initial impression was neutral so I started on the first episode. And I’m glad I did.

Young Royals launched in June 2021 on Netflix. The show tells the story of Wilhelm the younger prince of a fictional royal house of Sweden. His older brother is the heir and crown prince and in the series opening scenes Wilhelm gets thrown out of a Stockholm nightclub and subsequently has to apologise to the nation and is then sent of to a Swedish boarding school to get away from trouble and, I assume getting some discipline. As you keep watching you also get that it’s kind of a defeat to Wilhelm as it seems he’s been wanting to go to a normal school in Stockholm (the capitol and one of the main population centres of Sweden).

Swedens relationship with the Royal Family

In Sweden most people who are overtly into the real Royals are, either part of the older generation or, using a sweeping negative brush, a demography fond of tabloid news. So a drama dipping into a fictional Swedish royal family might just have that appeal. However Young Royals manages to deliver something entirely different. Yes, there are scenes that might thrill the royalty junkies: rowing at dawn, lavish parties and the Swedish version of boarding school posh. At it’s core it deals with the same kind of themes as SKAM, the pressure exerted on teens, the universal search for identity and also, while maybe at a slower pace than SKAM, trying to paint more three dimensional character portraits. The hyper active, overbearing third cousin August, at first is an unlikeable prick with a chip on his shoulder, but soon turns into a favourite character as his background is fleshed out.

And Young Royals could very easily have been some vapid glamorisation bringing the hidden royalty of the extreme old upper class of Sweden to the public. But it really isn’t about that. While some of the settings are somewhat obvious modifications of reality (beyond it being fiction of course) none of these really affect the suspension of disbelief or credibility of the series.

The young cast and their contribution to the production together with a somewhat liberal take on a Swedish posh boarding school, dialing down the level of elitism somewhat and thereby allowing for a more diverse set of characters than you would realistically have in the most elite Swedish institutions. This enables the creators to tell a surprising and warm story. In Sweden, while class may not be as overt as in England, while more discrete the barriers are still there. The main characters are Wilhelm, a prince of the Swedish monarchy and Simon a second gen immigrant who doesn’t board at the school. A notable supporting character is Simons younger sibling Sara, who also goes to the boarding school and has Aspbergers syndrome which, as far as my limited knowledge, is portrayed in a refreshingly nuanced way. August, Wilhelms cousin an on the surface oafish protector of the traditions of the school and self proclaimed bastion of the monarchy is a charming cad shipped off to boarding school to fend for himself while the economy of his estate is tanking and the unpaid school fees are mounting…

The romantic main plot, while unlikely, still suspends your disbelief because Wilhelm and Simon could be any young guys with the normal problems of peer pressure, family expectations and just being teens. The subplots don’t seem contrived and all work to develop the characters into likeable individuals instead of boring caricatures.

Stylistically the Young Royals uses a vivid and sometimes saturated style that conveys a warm intimacy reflecting the constraints of the world that the characters move in as well as the colours of the parts of Sweden where most of the landed gentry owns their land and where the highest profile boarding schools are.

Being a Netflix production the basic parameters of the show is different to SKAM. Young Royals was made to make a profit. But it does so through a compelling warm story and not by a need for gaudy headlines and tabloid news. I recommend Young Royals as a well made youth drama with likeable and believable characters and keep my fingers crossed that the likely second season will be as good as the first.

And if for some reason you’re still not convinced to watch Young Royals – check this performance out by Omar Rudberg who plays Simon (Edvin who plays the prince can also be spotted during the performance of songs from the series). Recorded at Odenplan, central part of my beautiful hometown of Stockholm.