With the duration of the pandemic and having an incredible itch for travel and just getting away, I’ve noticed I’ve been drifting towards a lot stuff that for multiple reason provide some escape from isolation and the Groundhog Day feel of current life. Some of the things that used to cut it for the temporary relief from our previous normal that’s still available during the pandemic have both been practically exhausted (Netflix, Disney+ and HBO) – both by increased rate of consumption as well as the slow down in production by the highly consolidated studio market. My regular playlists have been played to death and the promise of finding new exciting music for some reason hasn’t materialised. The need to visit off world colonies and feel the heartbeat of something else is still there though so here’s a breakdown on how I’ve used nostalgia to travel without travelling.

Once Upon a Time: Space is the continuation of the educational Once Upon a Time series that pedagogically covered humanity’s history. But in contrast to it’s predecessors it isn’t really centred around teaching history or natural science. Once Upon a Time: Space was that animated treat kids like me who, during the 80’s were starved for animation and science fiction. Made in the early 80’s by French animator and director Albert Barille together with Japanese animation studio Eiken.

OUT:S focuses on the adventures of space police Pierrot and Psi who in slightly padded space leotards and with a trusty robotic companion travel through a galaxy composed of various political powers and dangers. Their missions supplied by Pierrots space confederation president mother and space police father.

Not so much action but great design

The character gallery much like the rest of the Once Upon a Time franchise reprises with recurring characters shouldering their archetypical roles again. But this time in an early 80’s and 70’s scented space opera. And even though as a kid I was starved for violent conflicts OUT:S was fairly mild in it’s adventuring – much like Star Trek only stun guns were used and it wasn’t even close to military science fiction. But unlike Star Trek which, to me could run the gamut from boring to interesting and then back again, OUT:S has awesome technical designs, cool space ships and impressive buildings front and centre – which almost made me forgive that the typical episode of 25 minutes was at about 80% filled with careful space political exposition instead of exciting space battles. What’s additionally awesome about the series is the great early 80:s intro song. 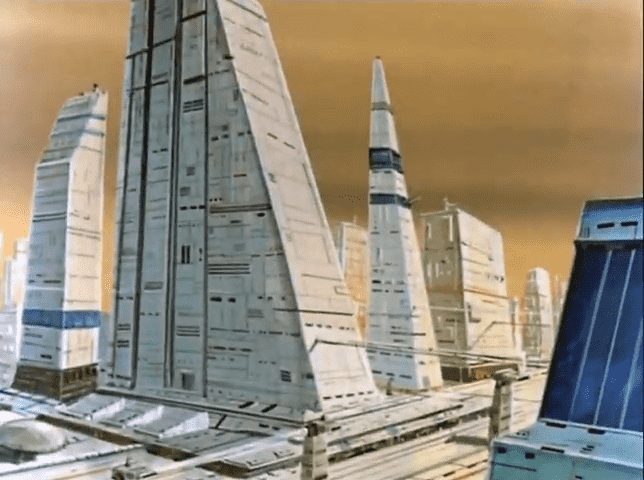 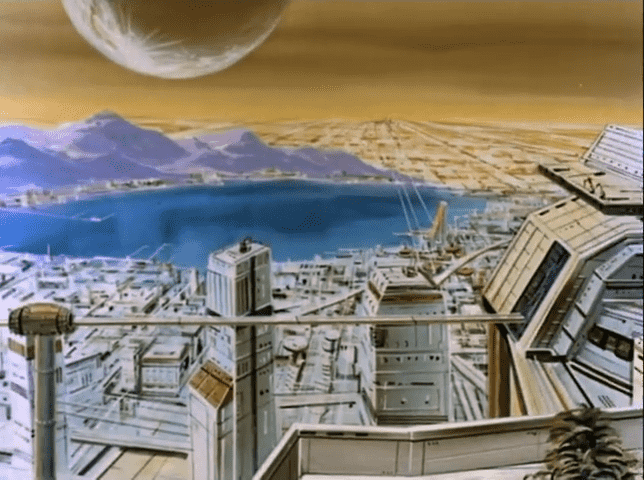 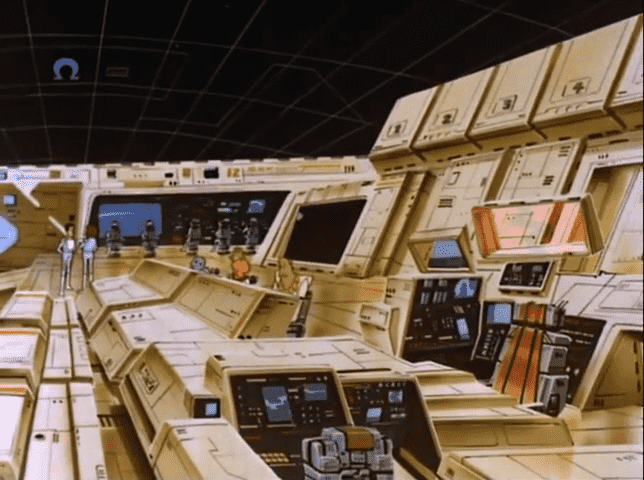 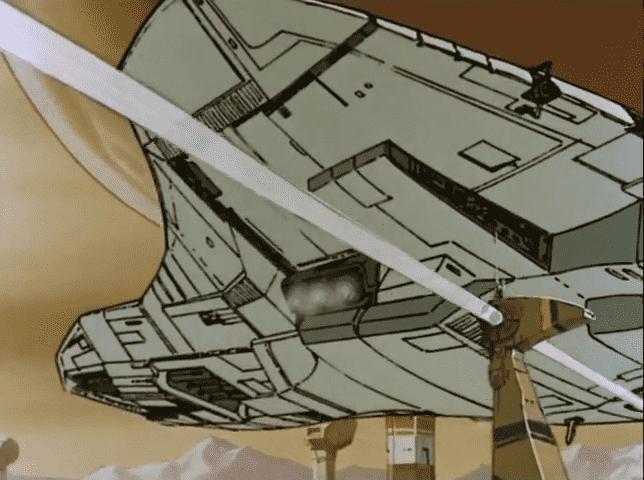 You can watch Once Upon a Time on Netflix or even Youtube. For now just watch the super cool intro and listen to the theme song and see if that doesn’t transport you somewhere different.

once upon a time: Space

One evening, having exhausted everything on my to do list and trying to find something to distract me and flipping through films and series on Netflix, something which nowadays mostly results in me resigning to just watching random music videos on Youtube. But this particular evening, being in a queer mood, I stopped at M*A*S*H. This was a series my parents watched when I was a small kid. The series is a sitcom playing out in a US mobile army surgical hospital during the Korean war.

To me when I started watching M*A*S*H as a kid it was initially a way to be able to put off having to go to bed.
I remember feigning interest in this rather adult comedy just so I could spend another 30 mins in the living room with my parents – head resting in either of their laps. I also remember how much I enjoyed the intro sequence – consisting of ambulance helicopters delivering casualties and wounded to the hospital to the instrumental version of Suicide is Painless. 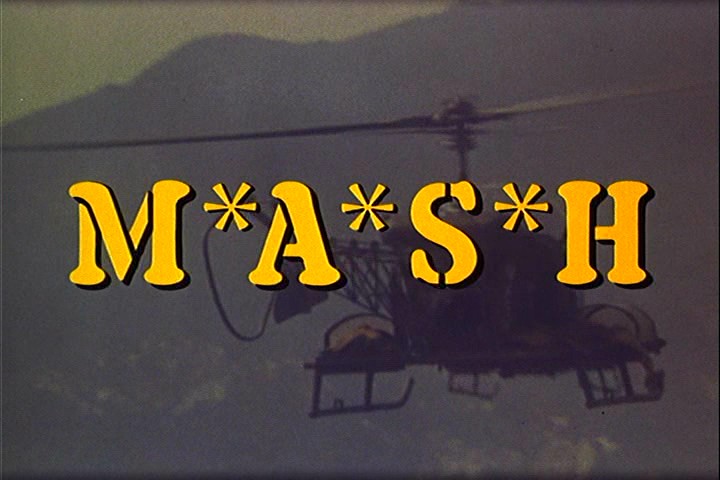 The intro music kind of set the tone for the whole series – M*A*S*H as I’ve started re-watching it, is fairly dark while still very funny and strangely cozy. I was worried it would have aged badly with over the top acting and post production laughter added. But somehow it really works. The actors are really good. The protagonists played by Alan Alda and Eliott Gould are war weary surgeons who’s only solace from fixing up mangled soldiers is drinking, gambling and harassing their officer colleagues (mostly the career military majors Burns and “Hot Lips”).

“Suicide is Painless”, A 15 year old lyricist and the manic street preachers

The series also has a very memorable theme song in “Suicide is Painless” which references a character from the movie that preceded the series. There are several interesting things about the song. One of them is that the decidedly downcast lyrics where written by the directors Robert Altmans 15 year old son. When Johnny Mandel was asked to write the piece he got a two part instruction as to what was expected.
Number one: the title of the theme song needed to be “Suicide is Painless” (in reference to a side plot in the M*A*S*H movie). Number two: the lyrics needed to be really stupid. Then 45 year old Mandel tried writing stupid lyrics but didn’t feel he could fulfil that part of the commission and Robert Altman then outsourced the writing of the lyrics to his 15-year old son – Michael Altman. Ironically Mike Altman reportedly earned a lot more on his lyrics credits than his father Robert Altman did directing M*A*S*H…

I try to find a way to make

All our little joys relate
Without that ever-present hate
But now I know that it’s too late, and (Chorus)

The game of life is hard to play

The sword of time will pierce our skins
It doesn’t hurt when it begins
But as it works its way on in
The pain grows stronger watch it grin, but (Chorus)

A brave man once requested me
To answer questions that are key
Is it to be or not to be
And I replied ‘Oh, why ask me?’ (Chorus)

Suicide is Painless was also covered by one of my absolute favourite bands: the Manic Street Preachers. The street preachers covered the song as part of an NME charity project and it was released between their first album “Generation Terrorists” and their second album “Gold Against the Soul”. The cover has the great (and flawed) sound of the really early street preachers and was a bit of a hit in the UK when it was released. The video is also highly enjoyable in the early Manic Street Preacher style (pre Richey James disappearance) typically featuring burning literature, the bands ideologues Richey and Nicky draped in various flags and James Dean Bradfield playing his trademark white Les Paul (in turn inspired by Sex Pistols guitarist Steve Jones) and metronomic cousin Sean Moore keeping time sporting a long heavy metal mane. 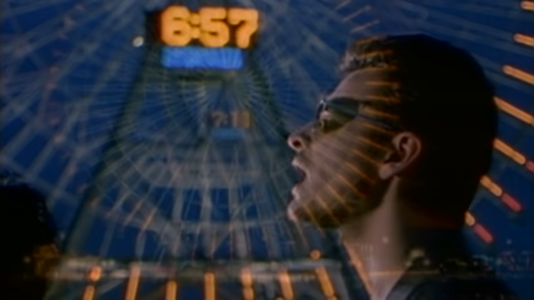 If Once Upon a Time was not entirely satisfactory when it came to violent exciting space adventure, Robotech on the other hand delivered massively. Robotech is an animated space opera series cobbled together by American Harmony Gold and the producer genius Carl Macek by combining the three different Japanese animes Super Dimension Fortress Macross, Super Dimension Cavalry Southern Cross and Genesis Climber Mospeada. The reason was to be able to release what would become Robotech on regular cable TV in the US requiring more episodes than any of the original anime series had standing on their own.

To make things even more complicated a lot of the mecha designs (thats robots, military vehicles and fighters etc) were used by plastic model producer Revell for their robots and sci-fi line Robotech Defenders and Robotech Changers respectively. If you factor in that table top mecha gaming brand FASA was also using a lot of the designs things become as convoluted as a well folded dumpling. Long story short: Revell and Harmony Gold enters into a co-licensing agreement enabling Robotech to be created as an 85 episode series supported by super cool toys. 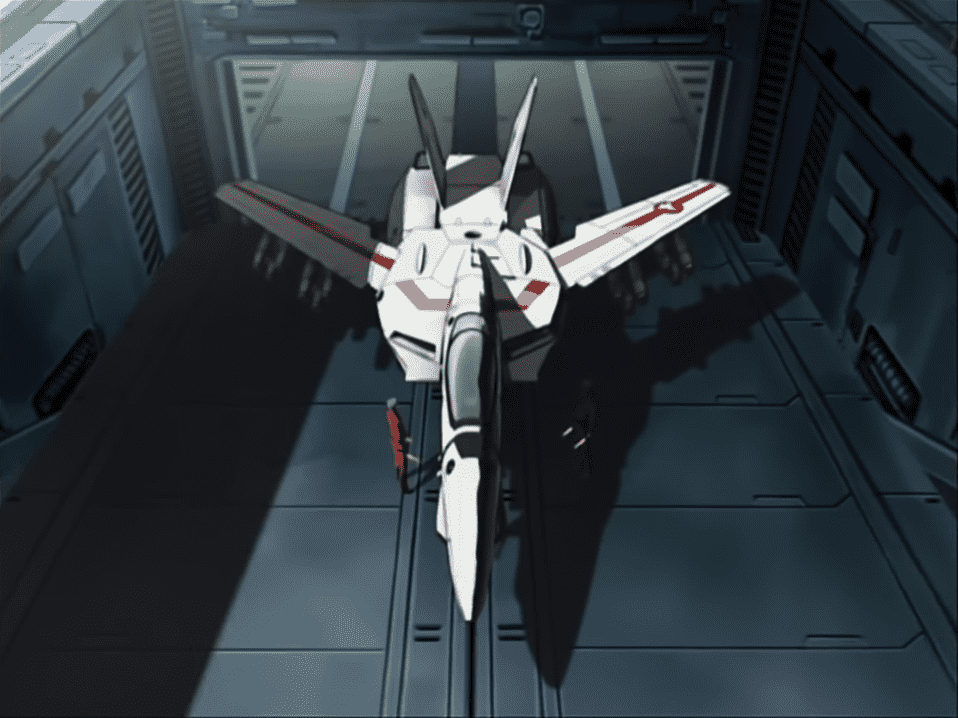 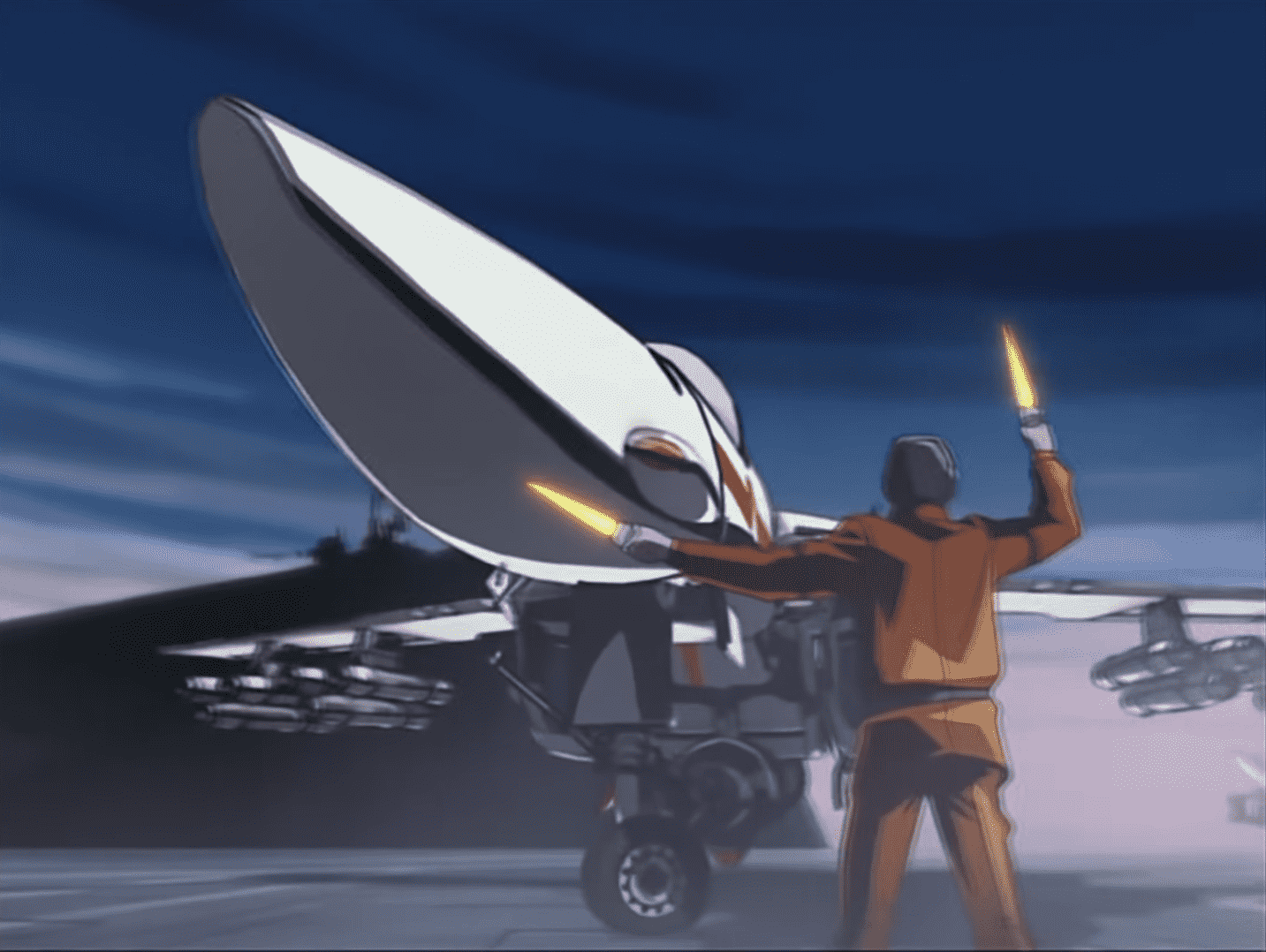 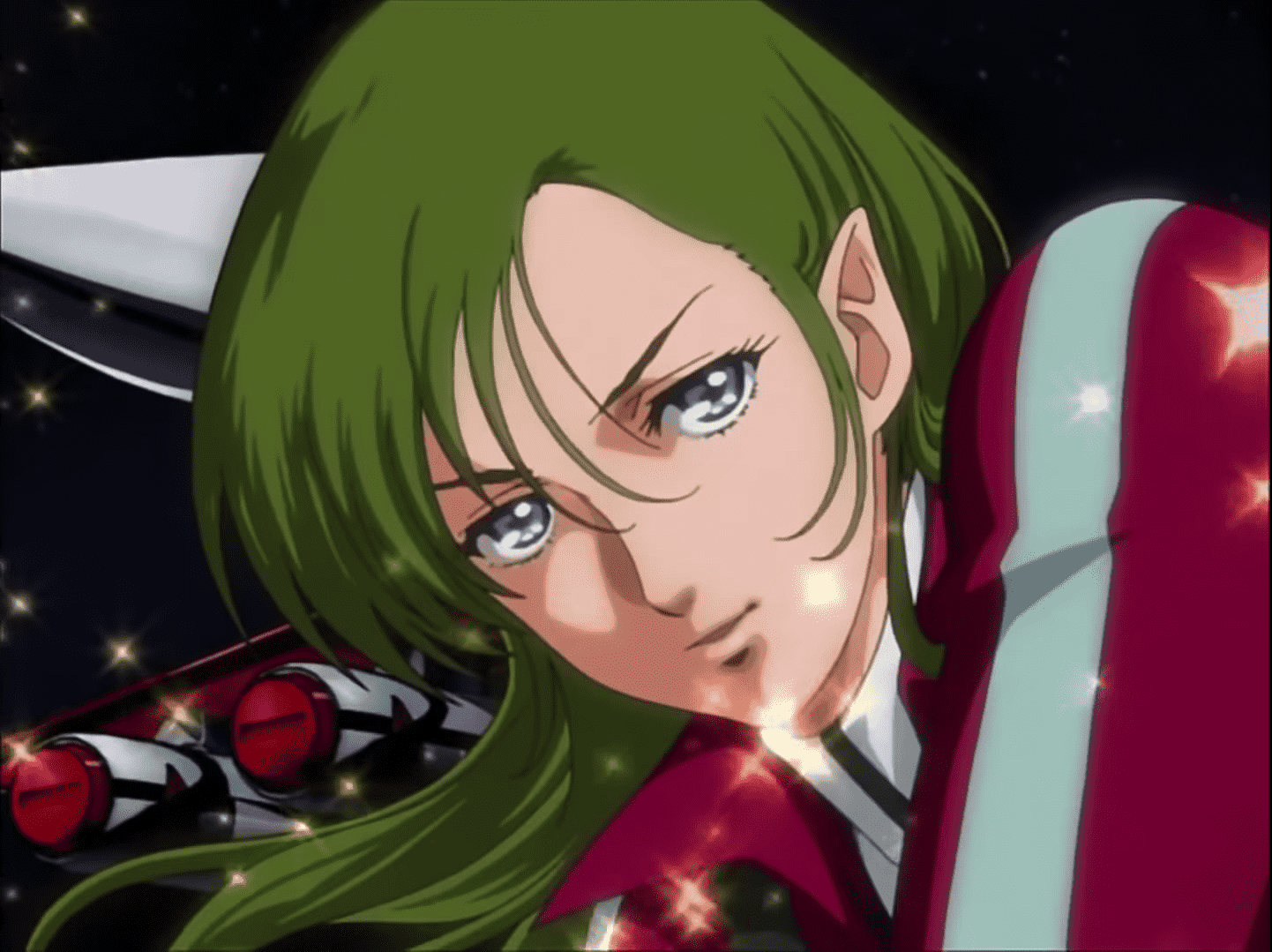 So what is Robotech? And why is it great escapism and nostalgia? Robotech is all about adventure, heroism and romance. The total plot is slightly disjointed, spanning three generations of characters – a lot to do with combining three pretty different stories into one narrative. But the first story arc deals with humanity finding alien technology on earth.

The technology is fuelled by strange alien tech and energy source – Protoculture. Protoculture doesn’t just power the new tech that earth starts to develop, it makes for creating re-configurable vehicles. All the new tech is used to start preparing for an invasion by the technologies originators. Something kept silent from the general public.

Protoculture was before the first story arc stolen by a high civilisation, the Robotech Masters from the Invids. This becomes key in the second and third story arcs. The Robotech Masters are the creators of the genetically manipulated Zentraedi, a warrior race that the Masters use to keep the Invids at bay, the Invids originally a peaceful inward looking race of… slugs.

The Zentraedi being the main threat in the first Robotech story arc and the reason humanity has been preparing by getting the SDF1 (Super Dimensional Fortress 1) battle ready and building new war machines like the reconfigurable fighter Veritechs and the bi-pedal Destroids. In the third story arc and spin off Robotech: The Sentinels the Invid have become an aggressive species determined to reclaim their protoculture. Despite the large amount of action Robotech has a pretty nuanced antiwar message at its core. And it doesn’t just go “don’t steal shit from space slugs”. It also deals with complicated themes of love like rejection, persistence and even hypergamy. 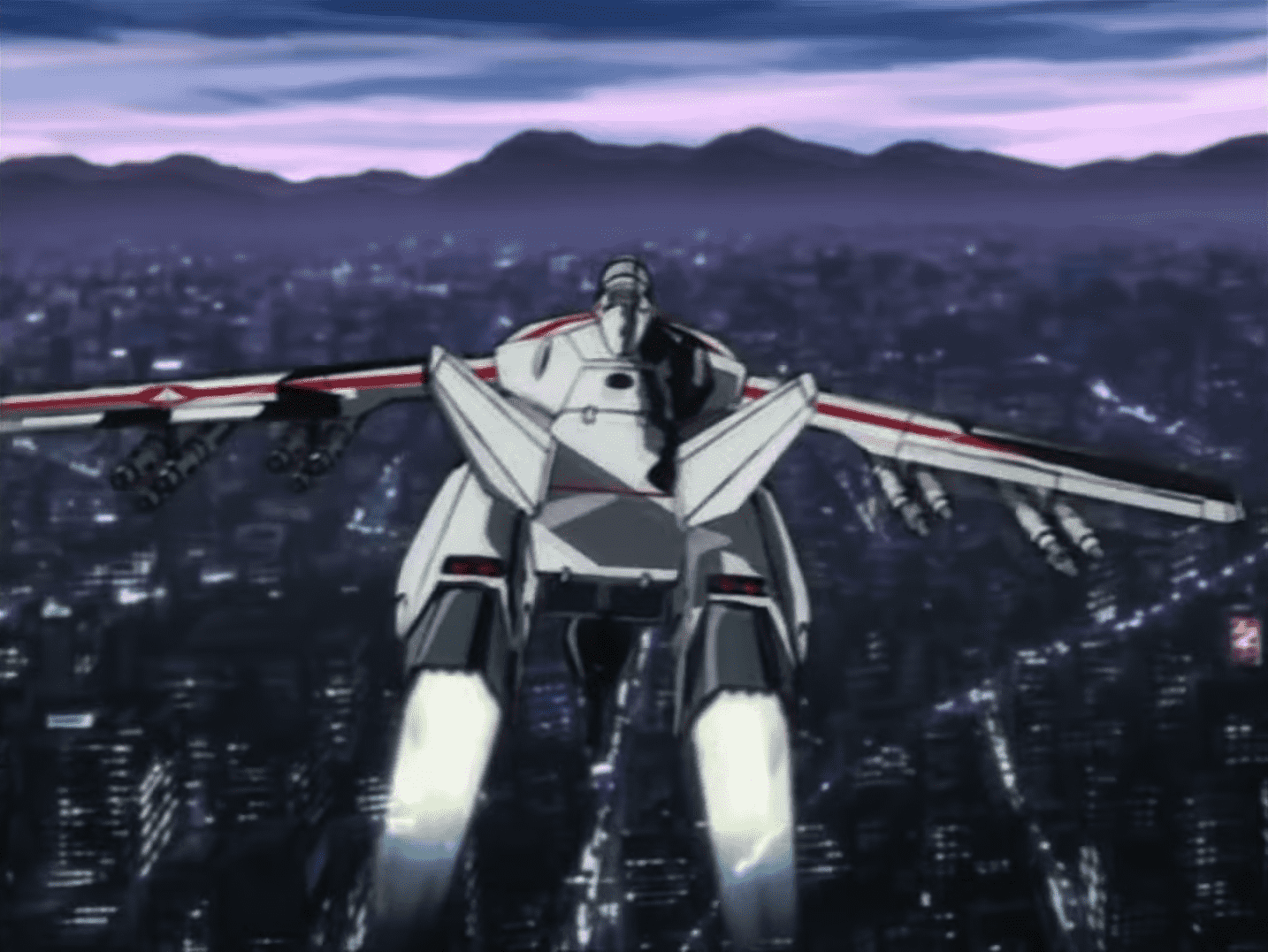 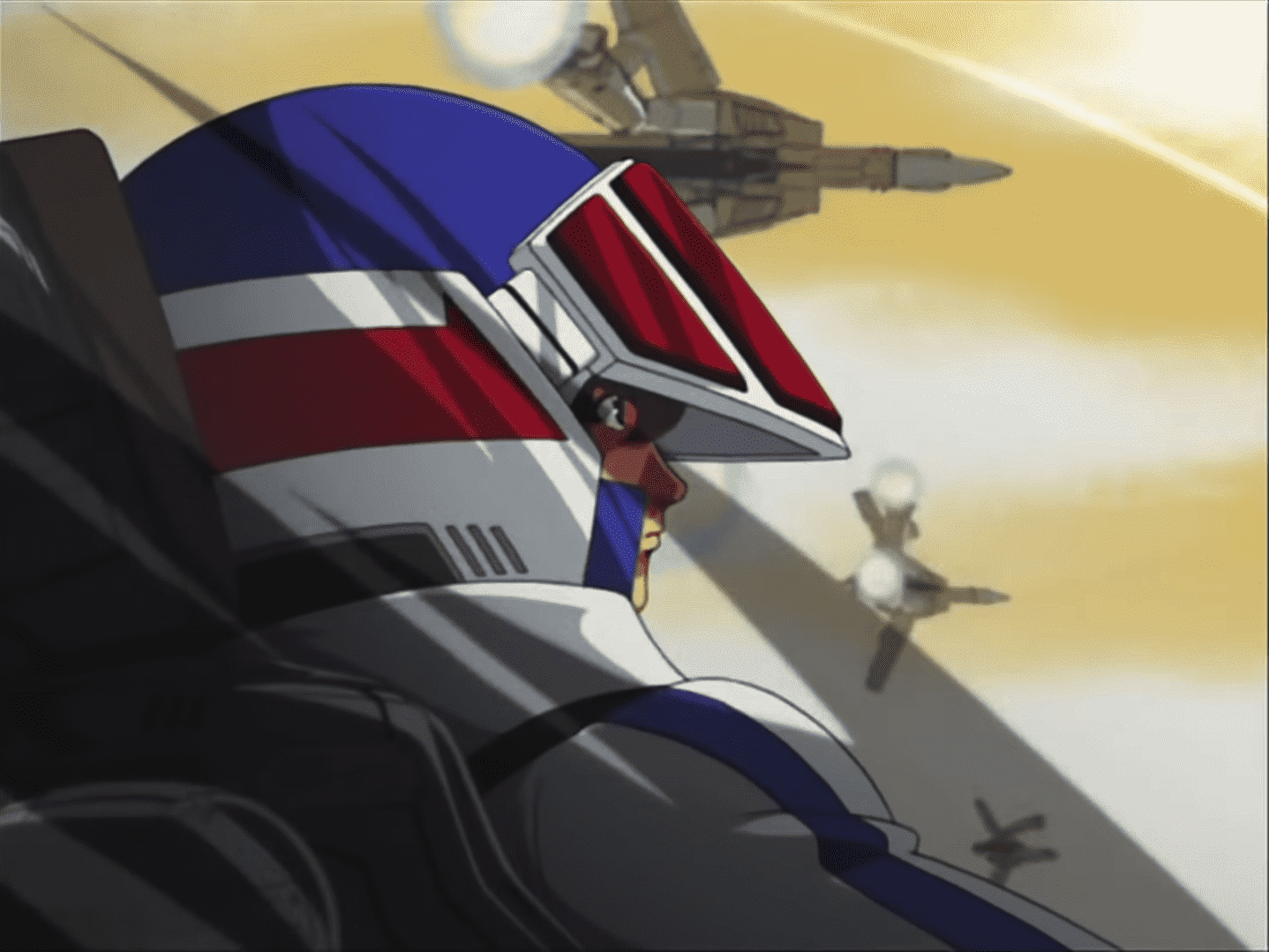 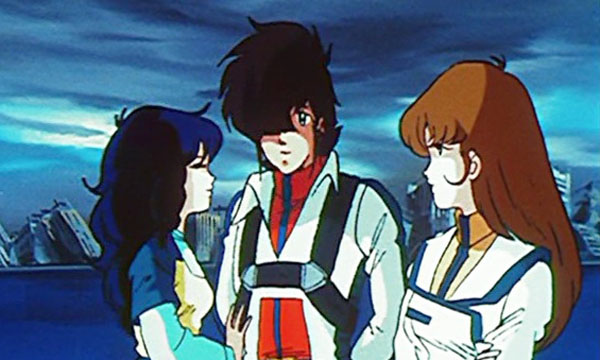 Robotech is a combination of soap opera, military science fiction and Top Gun. At the centre of events is pilot daredevil Rick and his love interest Lyn Minmei a fledgling singer going from girl next door to a performance superstar. Robotech deals partly with the convoluted love stories and partly with the human-alien conflict. This is true for the rest of the series story arcs too.

Robotech at the time of release being based on Japanese produced anime had great animation, compelling characters and a sprawling space opera story traversing several solar systems.

To me as a kid Robotech had it all: heroic military action, fighters taking off from carriers, a detailed back story, suspension of disbelief and romance.

The toys were awesome and hard to find (if you could convince your parents to get them). The only thing really missing was actually a great theme song – the intro is fitting and I can still remember hearing it for the first time watching TV vacationing at my cousins house in France.

The whole series made such an impression on me that I read the book versions of the Robotech series during my early teens. The action, romance and sadness of the stories spanning multiple generations still gets to me. When I watch Robotech I still want to be a fighter pilot and I still want to marry a singer – or maybe the conscientous female officer – who knows, Robotech and love is confusing! 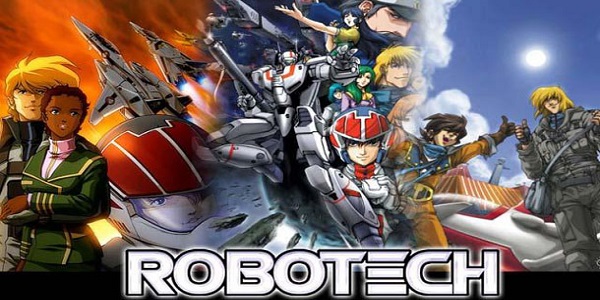 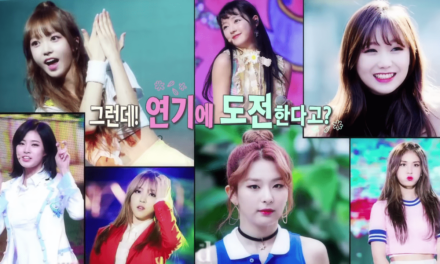 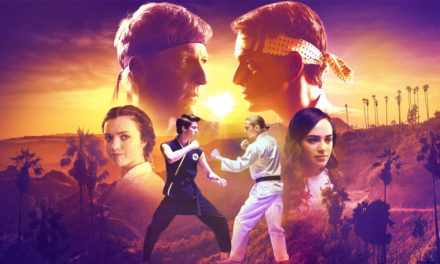